A reason to celebrate! 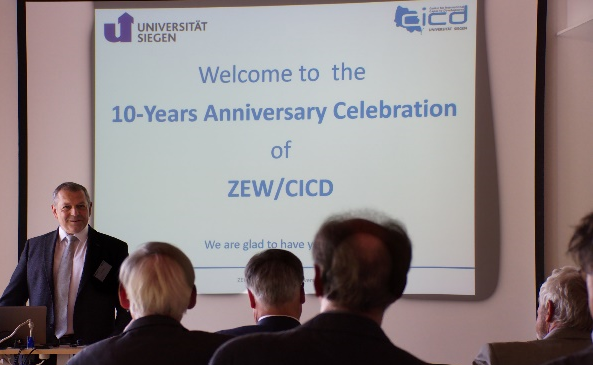 10 years have now passed since the foundation of the Centre for International Capacity Development in 2009. Meanwhile an intensive cooperation has been developed with countries from East Africa, South-East Asia and South America. Within the scope of numerous joint projects individual activities of the project partners have been united, research has been intensified and international study programs have been established and developed.

This was celebrated with a ceremony in the Artur-Woll-Haus on July, 10th 2019.

Professor Roth, managing director of the CICD, welcomed the numerous guests who came from, among others, England, Portugal, Zambia, Uganda, Pakistan and India and gave an overview of the CICD's projects. Professor Förch, one of the founding members, described the development history of the CICD, and Dipl.-Geogr. Winnegge, a member of CICD, explained the connections to GAWN (German Alumni Water Network). This was followed by the project presentations:

Particularly noteworthy here is the presentation "Etho-hydraulic investigation of a small water vortex power plant" by Professor Stamm, University of Dresden, which impressed all the attendees from the very beginning with the size of the experimental setup and the use of live fish. The description of the bureaucratic obstacles amazed all the participants and contributed to the general amusement.

After lunch, Dipl.-Geogr. Winnegge and Prof. Choubey, head of the Department of Analog Circuit Technology and Imaging Sensor Systems at the University of Siegen, reported on activities and contacts to institutions in India. A special highlight was the speech of Ms. Ruby Jaspreet from the Indian Consulate (Pol / Com / Press), who had travelled to the University of Siegen from Frankfurt in order to conduct conversations and to use this opportunity to congratulate on the 10th anniversary of the CICD.

She called for a close international cooperation in research and teaching and referred to the not inconsiderable number of Indian students at the University of Siegen in the Mechatronics degree program. 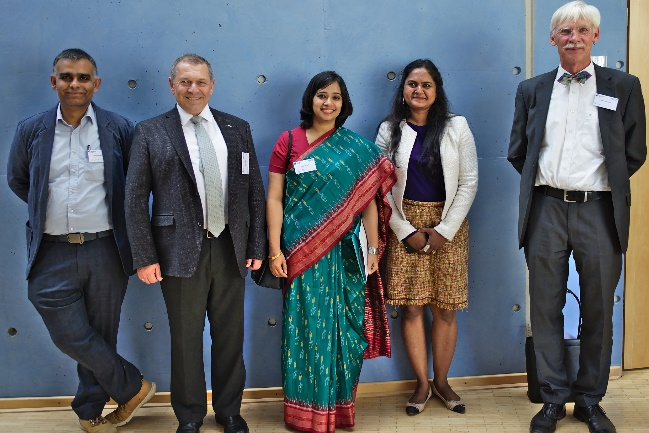 Before Prof. Roth said goodbye to the attendees and thanked them for coming, there was an opportunity to network in a relaxed atmosphere. Ms. Dr. Ing. Fenn, head of Welcome Centre / International Office, and Ms. Sommer, head of International Student Affairs of the University of Siegen, presented international programs and offered assistance with project applications and financing of stays abroad.