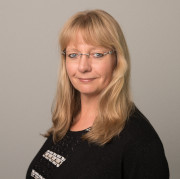 Siegen and the region of Siegen-Wittgenstein

Situated in the southernmost part of North Rhine-Westphalia, Siegen-Wittgenstein (car number plate ID: "SI") adjoins the federal lands of Rhineland-Palatinate and Hesse. The district capital of Siegen with more than 106,000 inhabitants is the economic and cultural heart of this forested region, with a catchment area of some 500,000 people.

Siegen is conveniently located between the cities of the Ruhr area in the north and the Rhine Main area in the south, right between Cologne (1 hour), Dortmund (1 hour) and Frankfurt (1.5 hours). Using the A 45 or A 4 motorways, these cities and areas can be reached in about one hour's drive. The well-developed traffic network is complemented by railway connections running north (Essen-Hagen-Siegen(-Weidenau)) and south (Cologne-Siegen-Gießen) and a local airport located some 20 minutes' drive from the centre of Siegen.

The young university city of Siegen offers a wealth of exciting leisure activities for over 19,000 students and some 2,200 scientists and employees of University of Siegen.

In addition to varied arts and cultural attractions, you will find beautiful natural landscapes that offer a broad range of activities at any time of the year, including hiking or Nordic Walking along scenic trails, golf at an 18 hole golf course, soaring through the sky in a glider, sailing on lake Bigge in the neighbouring Sauerland region or skiing and snowboarding on slopes nearby.

Siegen-Wittgenstein as a business location

The region of Siegen-Wittgenstein is one of Central Europe's oldest iron and steel regions, where the mining, steel and metal producing industries have long been the backbone of the economy. Small- and medium-sized enterprises dominate the business landscape of Siegen-Wittgenstein. Innovative companies are mostly active in plant and mechanical engineering as well as rolling mill technology and there is a strong focus on export business. In recent years, the economic structure of the region’s business has been diversified through the setting up of innovative companies in surface and sensor technology, environmental engineering as well as media and communications technology. The region is now home to a large number of companies providing high-profile services in IT, media and communications. >> more

To learn more about the products and services of local companies and their export business, please click here.

University of Siegen is keen to work in partnership with local businesses in applied research and development activities for the mutual benefit of both. Thanks to its role as a partner in the regional automotive supplier network Automotive Südwestfalen (Automotive South Westphalia) and with FoKoS, its research college "Shaping the future humanely", the University of Siegen proactively contributes to solving the social challenges posed by digitisation, migration and demographic change and actively contributes towards the enhanced networking of regional stakeholders.

Regional and national radio and TV broadcasts by Radio Siegen and the WDR TV station, which operates a regional South-Westphalia studio in Siegen.

Local daily and weekly newspapers report on events and news from the districts of Siegen-Wittgenstein, Olpe and Altenkirchen.

Regional Websites and other publications