The Language Center of the University of Siegen has been open since the summer semester 2017. It emerged from the language domain of the Competence Center (KoSi) and offers a variety of language courses.

German as a foreign language, English and Spanish. These three are currently the most relevant language courses that can be found in the Language Center of the University of Siegen. So far. "Arabic" is a relatively new offer for which there are also numerous applications. In the course of the internationalization process, the university places a stronger focus on language acquisition. The Language Center has emerged from the language domain of the Competence Center (KoSi) and has been operating under this name since the summer semester 2017.

"We want to be a stable provider of language courses and react flexibly to the needs of the university," explains Birgit Graumann. This means that on the one hand, the Language Center offers courses based on curricula, but also on the wishes of students and employees who take part in research projects abroad, for example. However, curricula or research, these wishes must be presented to the Language Center.

The Language Center currently offers twelve languages, and in addition, starting in the winter semester 2017/18, Portuguese will also be available. "This is possible through quality improvement funding that students have applied for, to introduce this language," says Graumann. This money also makes the Arabic courses possible, which are especially needed by students in the areas of social work and teaching for their professional future. Mandatory for these courses are the so-called language tandems: Two native speakers of different languages meet and talk - and thus learn even more intensively, as Birgit Graumann explains: "The beginner Arabic learners were able to gain basic knowledge and present it in their exams, not only in reading and writing, but also orally - introducing themselves, for example, and telling each other about their hobbies. " In front of them, quite frequently, sat participants from the" German as a Foreign Language "courses of the Language Center as well as the refugees and students from the preparatory language courses of the" STARTING "department. Tandems are also offered for other languages. Another way to approach foreign languages is through film evenings, which the language center offers as part of the course six times a semester - with English subtitles for those whose language skills are not yet sufficient.

Although the Language Center is already in its second semester, it is still being constructed. It should still get a statute and an advisory board. In addition, a small stock of permanent staff is planned to improve the quality of language programs and, as Birgit Graumann points out, to move closer to the standards of nationwide language centers. The Language Center already offers placement tests for German, English and Spanish, as well as the TOEFL and TOEIC English certificates. In addition to the language courses, the Language Center also has vocational training courses in its portfolio, which were previously also available under the KoSi umbrella: these include written and oral, public and intercultural communication.

The registration period for the winter semester runs until October 1st. At the moment there are still places available in Chinese, Dutch, Arabic and Portuguese. "The courses are open to any member of the university, whether students or employees," says head Birgit Graumann.

More information and all current offers can be found on the website of the Language Center. 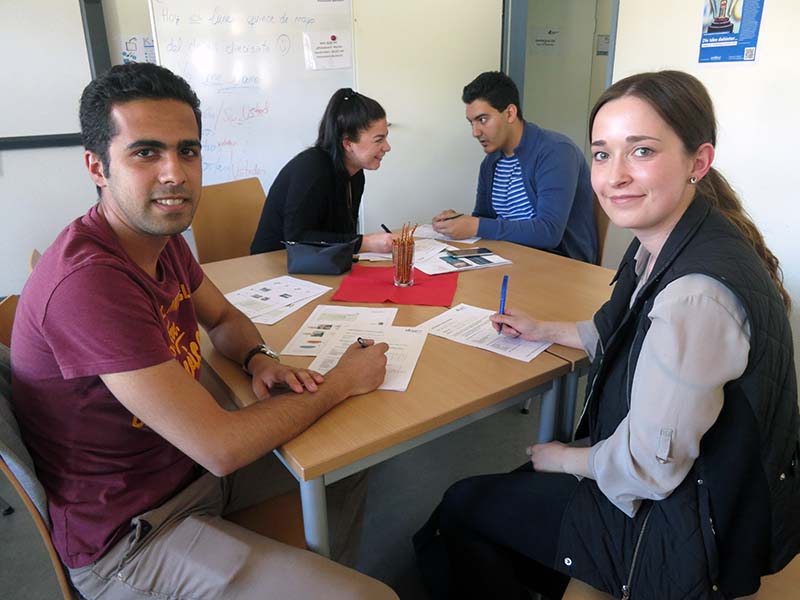