Bringing the School to the Village

"Africa's People - Africa's Power e.V." is an association of students and alumni of the University of Siegen. They want to support people in Africa implementing their own projects.

Students and alumni of the University of Siegen have made it their goal to support people in African countries in the realization of their projects. Together they plan and jointly implement the plans – a cooperation on eye-level. The association "Africa's People - Africa's Power e.V." has existed since July 2016, and since November 2017 it is registered with the district court of Siegen and recognized by the tax office as a non-profit organization.

The idea for the foundation of the association was born when a water project in Leffé/Cameroon was completed under the umbrella of ESG (Community of Evangelical Students), and the participants wanted to continue to carry out projects with people in African countries.

The largest project of "APAP" is currently in Ghana: In the two villages Fahiako and Aferikrom in the Eastern Region, the association will build a primary school and a kindergarten together with its Ghanaian partner organization Youth Advocates Ghana (YAG), because the school situation there is very problematic. A two-hour walk, and in any weather through often rough terrain and washed out, difficult to walk on roads, uphill and downhill - these are the school routes of the children of Aferikrom and Fahiako.

Due to the difficult conditions, only 75 percent of children in Aferikrom and only 25 percent of children in Fahiako attend school. In addition, the long way to school tires the children and produces negative effects on their regular school attendance and their performance. In addition, despite the mandatory compulsory schooling in Ghana from the age of six, the children usually attend school only from the age of eight or nine.

To improve access to education, parents and children want their own school in the village. The land for the school building was provided by the Pastor of Aferikrom and Maame Akosua Darkoa, the mother of an Upcoming Chief in Fahiako. The inhabitants of the villages are actively involved in the construction work; they will build the houses for the teachers who will teach at the schools.

The cost for each of the two schools is around 50,000 euros. For the most part, these have to be financed by donations. Donations can be transferred to the donation account of the association at Sparkasse Siegen, IBAN DE74 4605 0001 0055 0089 24, stating as reason for payment "School for Ghana". 100 percent of every donation flows into the projects.

More information about the club and its work can be found on the website of "Africa's People - Africa's Power e.V. “. 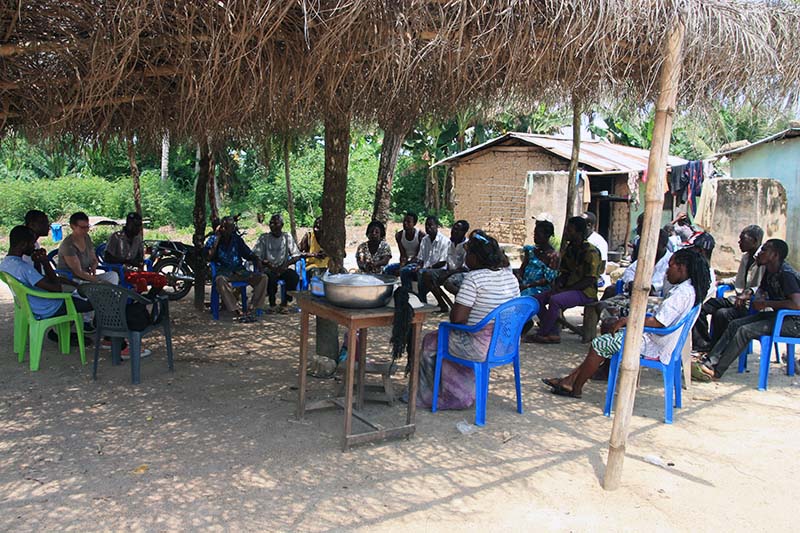