Teacher Training According to the Siegen Model

The University of Siegen and the Hanoi National University of Education in Vietnam work together to train teachers. The focus is on the combination of mathematics and physics.

What is the perfect flight curve in basketball so that the ball lands safely in the basket? NBA star Dirk Nowitzki demonstrates this regularly on the court. In addition to talent and practice, mathematics also helps him: For the ideal physical parable can be calculated using mathematical formulas. Mathematics and physics are closely related, says Dr. Eduard Krause from the Department of Mathematics Education at the University of Siegen: "It therefore makes sense to keep both disciplines in mind for teaching, as well, and to establish cross-connections over and over again." In order to train future teachers, the University of Siegen is working closely with both disciplines, mathematics education and physics education. An innovative approach, which will also be used in the future at the "Hanoi National University of Education" (HNUE) in Vietnam. As part of a research cooperation, Siegen scientists want to bring their concept to Vietnam.

"The students in Vietnam are true arithmetic artists. Their professional work is at an extremely high level, "says project staff member Dr. Simon Kraus. However, the subjects of mathematics- and physics education at the HNUE were previously taught separately: "There is no cooperative teacher training like ours." Not yet - because in the future that will change. For four years scientists from the University of Siegen and the "Hanoi National University of Education" will work closely together. For Prof. Dr. Ingo Witzke, head of department of Mathematics Education at the University of Siegen, the cooperation is a further contribution to the internationalization in the field of teacher education: "In other scientific disciplines, an international exchange is quite normal, the didactics are still somewhat behind. That is why I very much welcome this cooperation. "The joint teaching and research project is funded by the German Academic Exchange Service (DAAD) with funding from the Federal Ministry for Economic Cooperation and Development (BMZ). At the University of Siegen it is anchored in the research network MINTUS of MINT- Education (mathematics, computer science, natural sciences and technology).

In the first phase of the project, HNUE scientists will spend more time at the University of Siegen. A first visit has already taken place: in June, a delegation from Vietnam visited Siegen for four weeks. During this time, the five professors and lecturers of the HNUE visited different schools in the region to get to know the German school system. In addition, they took part in the so-called "preparatory seminar for an internship semester" of mathematics and physics education. This interdisciplinary seminar called "InForM PLUS" prepares students of mathematics or physics at a school for their internship semester. The students jointly design lessons in which mathematics and physics are brought together in a meaningful way - and then test them together with students in their practical semester.

"What was new for the Vietnamese scientists in particular, was how actively the students participate in the seminar work and how independently they work," says the head of the preparatory seminar, Kathrin Holten. In the second phase of the project the goal will be to establish a similar seminar including an accompanying lecture also at the "Hanoi National University of Education. “Both at the university and at the schools, work is very different in Vietnam than here. Therefore, we cannot simply transfer education concepts one-to-one, but must adapt them to the Vietnamese conditions," explains Eduard Krause.

Employees from the mathematics and physics education of the University of Siegen will also travel to Hanoi several times. Eduard Krause was already on site. He was fascinated by the 6.5 million city: "This is not comparable to anything that one knows from Germany. Of course, there are also big cultural differences, but the cooperation is still working very well. "The next visit of Siegen scientists to the HNUE is already planned for autumn. 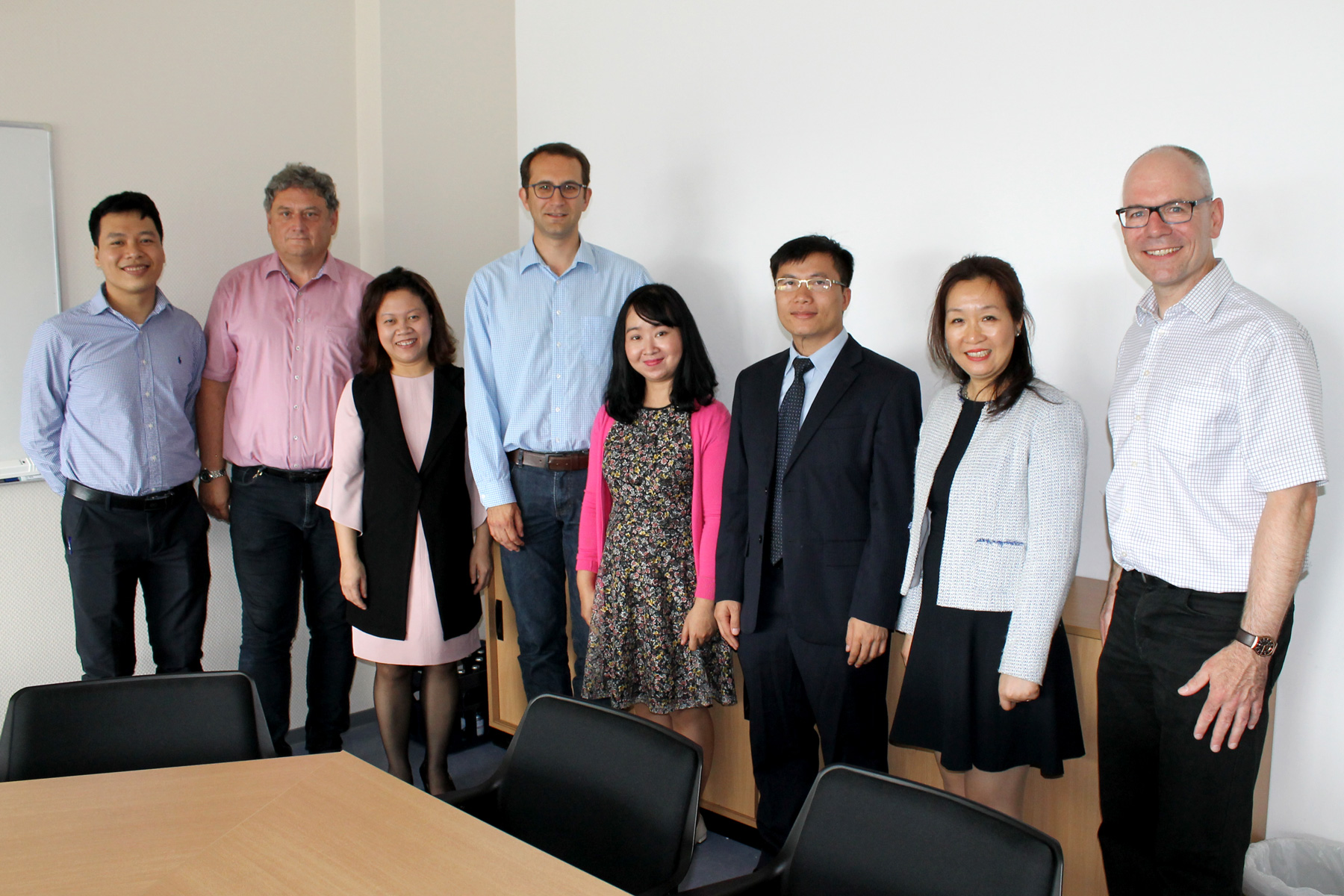