Leo Ante Portas: How IT Helps Animals and People

Scientists from the University of Siegen have developed in Botswana with the nature conservation organization "CLAWS Conservancy" a worldwide unique warning system to protect lions and cattle. Almost two years after the project started, they are drawing a positive balance.

A farmer in the Okavango Delta must bring his cattle to safety quickly when he receives a text message depicting a lion. For then, a pack of lions is approaching. About 1,200 lions live in the region in Botswana, around 70 animals on the northern border right on the edge of the UNESCO World Natural Heritage. Again and again, lions were shot or poisoned in recent years because they attacked the local herds of free-roaming cattle, also posing a danger to humans. In the meantime, however, the situation has clearly eased. Today, lions are rarely killed in the region. The reason is a unique lion warning system that researchers from the University of Siegen have developed in the past two years together with researchers from the conservation organization "CLAWS Conservancy".

The system warns cattle keepers in time when lions come too close. This way, it protects the lions as well as the cattle. Helmut Hauptmeier from the University of Siegen's "School of Media and Information" "Our system was able to ensure that the locals are more positive about the lion. It mitigates the conflict so that people and lions can live together peacefully, "enthuses Hauptmeier. 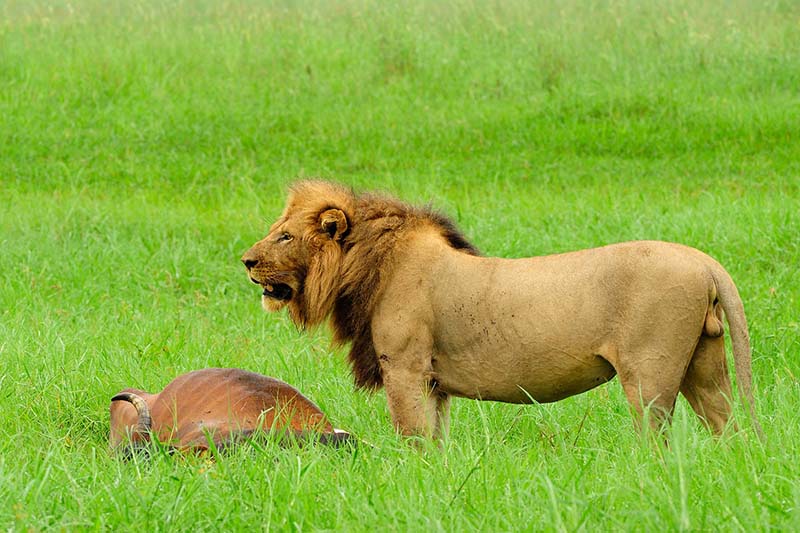 Since the SMS warning system was introduced, about 50 percent fewer cattle have been killed by lions. Before, during one and a half years, more than 220 cases of lions attacking free-roaming cattle had been counted. For the system to work, biologists from the CLAWS Conservancy have equipped Lion Packs with GPS transmitters. Based on the data of the animals, the scientists can define a critical line along which lions and cattle encounters are probable. If a lion approaches this virtual fence, called Geofence, an SMS is sent automatically.

Initially, a CLAWS Conservancy researcher had to retrieve the GPS data and determine the exact location on a map. "That often happened in the middle of the night," explains Konstantin Aal, a business information specialist at the University of Siegen. Then a translator had to be woken up so that the livestock owners could be called. "That was far too complicated in the long run. That's why we've developed this system with the villagers, "says Aal. The system now automatically sends the SMS directly to the affected livestock owners. 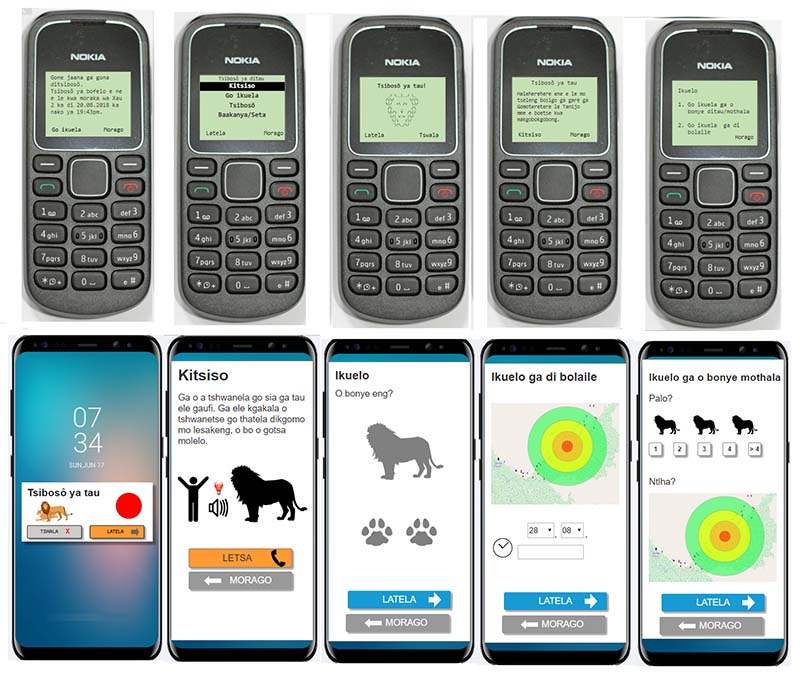 The messages include a warning in the local language Setswan - and a picture of a lion is shown. "It was important that the SMS be available in several formats and designs, because our alarm system has different recipients, including people who can neither read nor write," says lion researcher Dr. Florian Weise of the CLAWS Conservancy. In the meantime, 120 livestock farmers are receiving the SMS and about 30 to 40 short messages are being sent out each month. It is not communicated where exactly the lions are. "We do not want them to be attacked," explains Konstantin Aal. "But, when a livestock owner receives a text message, he is warned that his cattle are at risk."

The project is not just about helping the villagers technically. In workshops, the researchers also show them how to build fence in such a way that the lions cannot get ove them. In addition, they want to teach a new concept of cattle herding, in which several herds are joined together and alternately a shepherd is there, which could scare away even attacking lions in an emergency.

Even more animals will get a GPS transmitter in the future so that the warning system can really warn against all lions This is the responsibility of the biologists of the CLAWS Conservancy. For this purpose, one animal of a pack is stunned and a collar with an integrated GPS transmitter is fitted in it. Every two hours, the satellite sends a signal indicating the position of the lions. "The GPS collars do not disturb the animals. When the battery is empty after about three years, the collars simply fall off, "explains Hauptmeier.

In the future, the warning system is not only intended to be used for the lions in Botswana. Researchers at the University of Siegen have already developed ideas for further applications with the scientists of the CLAWS Conservancy: the technology could be used for the protection of wolves in the American West or for the Tasmanian devil, a predatory bagger, who today only occurs in Tasmania. About their work in the Okovango Delta, the scientists have now published an article in the international journal "Frontiers in Ecology and Evolution": https://www.frontiersin.org/articles/10.3389/fevo.2018.00242/full 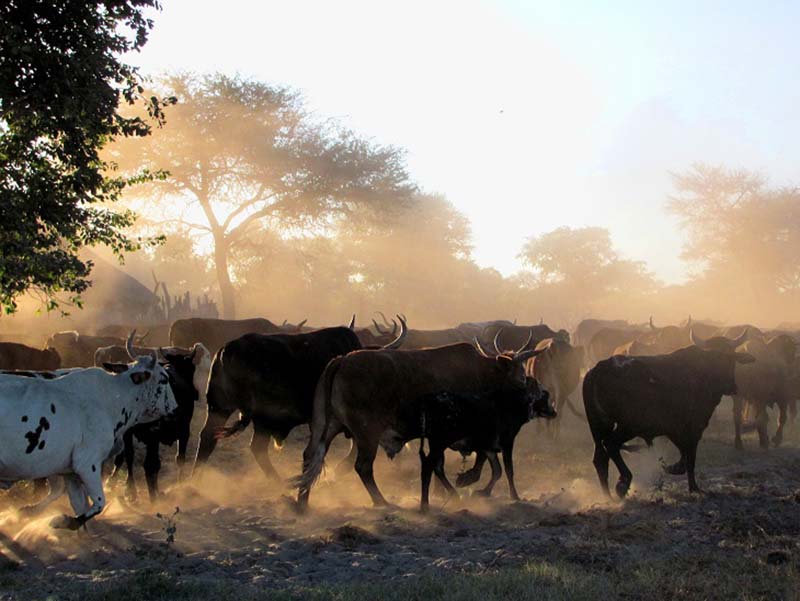