The aim of the international research project MOSIM is to simulate human movements as efficiently as possible using standardized movement modules Scientists from the University of Siegen are also involved. Improving production planning in companies is one of the aims of the project.

One decisive factor for manufacturing companies is the assembly process. Example automotive industry: When a car is assembled, every step must fit. Only if all processes function smoothly and are coordinated with each other the best possible way, can the company survive in international competition. "The assembly is often clocked up to the tenth of a second. That's why planning the processes is not only important, but also very time-consuming, "explains Univ.-Prof. Dr.-Ing. Martin Mann. He is the head of manufacturing automation and assembly at the University of Siegen (FAMS). Together with his team, he wants to help improve production planning. In the MOSIM research project, the researchers from Siegen are developing movement components for human avatars together with international colleagues. With the avatars, manual assembly processes can be tested and optimized quickly and inexpensively in the future in virtual reality.

Twenty-two partners from various countries are involved in MOSIM, with a total of just under € 10 million available. "Our Mosim_web1 task in the project is to capture the motion requirements and simulation tools and to simplify the generation and use of simulated motion," says Prof. Manns. The aim of the overall project is to create a set of human movements - each as fluid and realistic as possible. Grasping, reaching or tightening are concrete examples of activities of performances required of the avatars. Each is stored with its own movement profile. Like Lego bricks, the individual movement modules can be put together later. It creates complex simulations of human workflows that can be created with little effort and without too high a cost.

Planners can use this motion kit and the appropriately programmed avatars to test new assembly procedures before they become reality. The new technology should help to avoid mistakes, better estimate consequences and - if necessary – make early readjustments. This saves time and money on the factory floor. However, it is important that the virtual characters in the simulation move smoothly and without dropouts - and that they are able to perform even the finest movements.

"There are already appropriate simulations for machines and robots. For the human sector, the effort is too high, so far, "says Prof. Manns. In order to change that, MOSIM combines methods from the gaming industry with those from production research. "3D computer games already have technologies to simulate human movement. We can learn a lot from that. However, there is a risk that our avatars will not look 'real' enough - we do not want to create zombies, "emphasizes Prof. Manns.

The novel avatars can not only be used for production planning in companies. They are also suitable for pedestrian simulations, for example when it comes to virtual tests with autonomously driving cars: How do brake and steering assistants work? With real pedestrians, such tests cannot be done because they are far too dangerous. "It is also crucial here that avatars move in the same way as real people," explains Prof. Manns. As part of MOSIM, he and his colleagues want to develop demonstrators for the various areas of application. "It is an ambitious project that can massively influence these areas."

Background:
The MOSIM (End-to-end Digital Integration based on Simulation of Natural Human Motions) project runs until 2021. The scientists of the University of Siegen work together with several partners in the German consortium, including Daimler AG and the German Research Center for Artificial Intelligence (DFKI) in Saarbrücken. MOSIM is an ITEA3 project, partly funded by the BMBF. 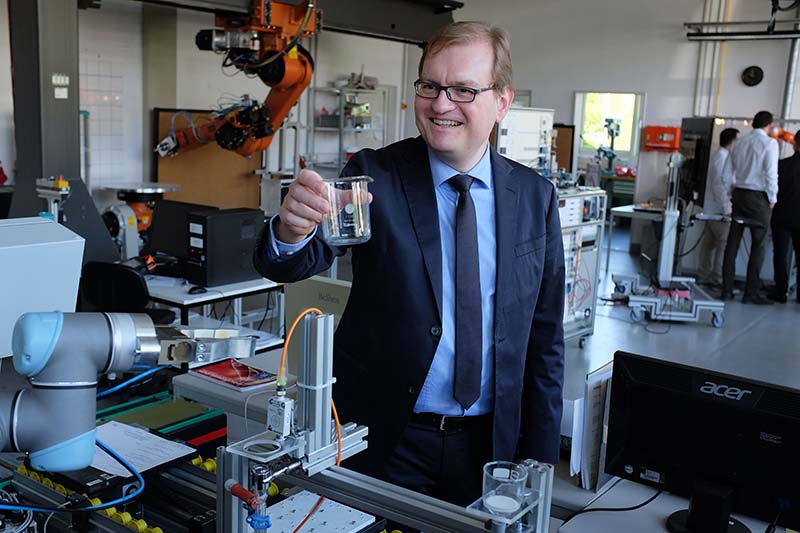