Sea Level Has Been Rising Faster for 50 Years

Scientists at the University of Siegen have found that The rise of the global sea level picked up speed earlier than previously known. According to this, a clear acceleration can be detected as early as the end of the 1960s.

The sky is blue, the sun is shining - and yet the streets are knee-deep under water. The phenomenon of "sunny day flooding" is already widespread on the American east coast. When the regular tide reaches its peak, the sea water flows into low-lying streets and residential areas. The reason for this is the global rise in sea level, which is immediately noticeable here. Together with colleagues from Great Britain, the USA and Spain, scientists from the University of Siegen have succeeded in reconstructing the development of sea levels since the year 1900 with unprecedented precision. The study shows: As early as the end of the 1960s, the rise in sea level accelerated significantly, and since then it has remained at a constantly high level. The study has now been published in the journal "Nature Climate Change".

"Since the early 1990s, global sea levels have been measured very precisely by satellites, so we know that they have risen at an accelerated rate during this period. What we have not yet been able to say is when this acceleration actually began, from which region it originated - and which processes mainly contributed to it," says Dr. Sönke Dangendorf of the Research Institute for Water and Environment (fwu) at the University of Siegen. The problem is that for the period before 1992, scientists only had access to data on local tide levels, which were installed to help coastal naval traffic. 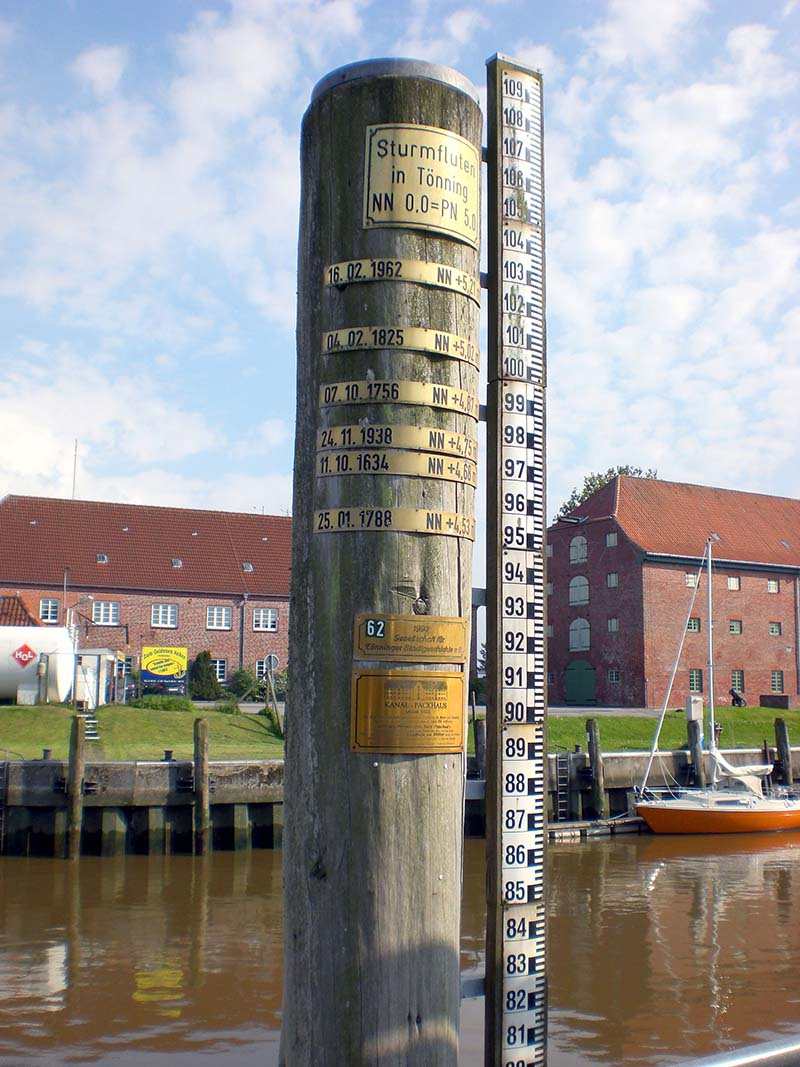 Dangendorf's colleague Carling Hay from Boston College explains that precise calculations have not yet been possible with sea level data: "In our study, however, by combining two calculation methods, we found a way of reconstructing the development of sea level using the level data with the same precision as with satellite measurements. For the first time, scientists have succeeded in obtaining detailed information on sea-level rise dating back to 1900. The calculations show that the most recent acceleration of sea-level rise measured by satellites began at the end of the 1960s and has therefore lasted for around 50 years.

The study also allows conclusions to be drawn as to where the acceleration observed has occurred and which processes have favored it. Dangendorf explains: "Sea levels do not rise to the same extent in every region, but vary greatly from region to region. Based on our data, we found that the accelerated rise originated mainly in the southern hemisphere, especially in the subtropical South Pacific, east of Australia and New Zealand. In this region, the scientists were able to demonstrate an acceleration five times stronger than the global average.

This phenomenon can be explained by strong, western winds in the southern hemisphere, says Dangendorf: "There are clear signs that the westerly winds have caused the sea level to rise faster since the end of the 1960s. Our measurements show that winds have intensified around this time. In addition, their position in the South Pacific has changed slightly." First, the winds have transported warmer water masses from the upper ocean layers to the north, which explains the accelerated rise in sea levels in the subtropical South Pacific. On the other hand, cooler water masses, which store heat faster, were moved to the surface by the winds. "This allowed more heat to be pumped from the atmosphere into the ocean, causing the water body to expand and sea levels to rise," explains Dangendorf.

While in the 1960s the stronger westerly winds and the associated thermal expansion played an important role in accelerating sea-level rise, the melting of the glaciers in Greenland and Antarctica has been an additional factor since the early 1990s. Dangendorf says that both phenomena can be attributed with great certainty to man-made global warming: "Sea levels have already risen at an accelerated rate in the past, for example in the 1930s. However, the fact that the current acceleration has lasted for 50 years is very extraordinary. It shows that a sustainable pattern has developed here and confirms the forecasts of current climate models that sea levels will continue to rise at an accelerated rate in the 21st century".

Background:
Prof. Dr. Jürgen Jensen and Kevin Berk from the University of Siegen were also involved in the study. Francisco M. Calafat from the National Oceanography Centre in Southampton, Christopher G. Piecuch from the Woods Hole Oceanographic Institution in the USA, and Marta Marcos from the University of the Balearic Islands in Spain were also involved. The full article in the journal "Nature Climate Change" can be found here: https://www.nature.com/articles/s41558-019-0531-8 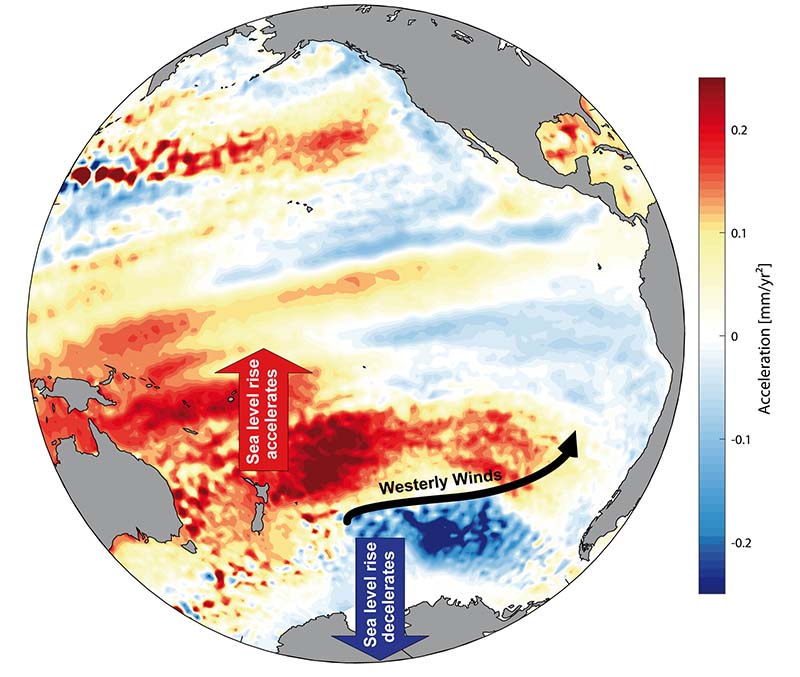