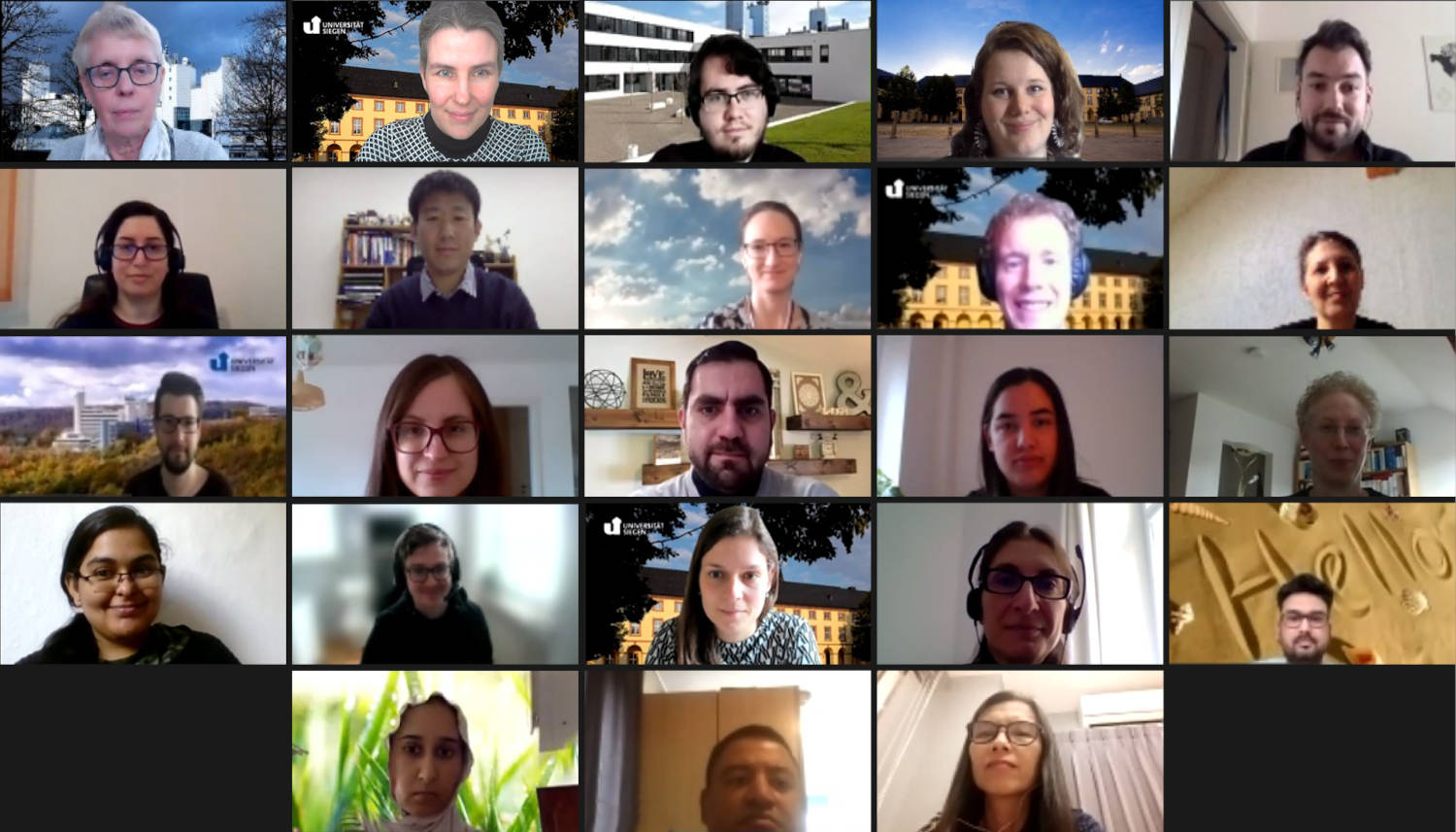 Insights into the exchange of perspectives among internationally engaged researchers at the online meetup, in march 2021.

Sooner or later, most researchers will want to take advantage of the opportunity to try to research abroad. Doing so allows them the chance to exchange ideas and methods with other researchers who may have approached their common research topic from a different perspective. These kinds of research visits often take place in the context of an international research collaboration, both of which are considered to be important milestones in an academic career. However researching abroad also brings many challenges and complications.

To stimulate discussion about different aspects of research abroad, the Research Alumni Network and the Welcome Center for International Researchers jointly organised an online meet-up on the topic of “Research abroad- Widening your horizons” which was held on the 16th of March 2021.

Demand for this event was high, with the number of attendees having to be restricted to 30.

The first round of discussion looked at the various challenges faced by researchers going abroad. During this part of the discussion many interesting points were raised, including ways to manage difficulties with language barriers, cultural differences and different institutional systems.

The second round focussed on international conferences, which are often the place in which those first contacts are made which enable international research visits to occur. For attendance at these kinds of conferences to be successful, networking and self-promotion are necessary. The participants talked through whether online conferences were able to replicate the kinds of spontaneous interactions which take place at in-person conferences, as well as getting feedback on one’s research ideas.

The final round of discussion examined how to begin and maintain international research partnerships, as a successful partnership can lead to multiple research visits, joint papers and optimal research outcomes. Important elements of the discussion included maintaining the collaborations in-between the research visits through communication and formalising research agreements through a memorandum of understanding. With regard to finding research partners, those researchers with more experience encouraged their counterparts to not be intimidated by researchers who may seem more experienced, as researchers at every stage of their career are always open to learning and working with younger counterparts.

The event then concluded with some time for the researchers to socialise with one another and to continue networking.