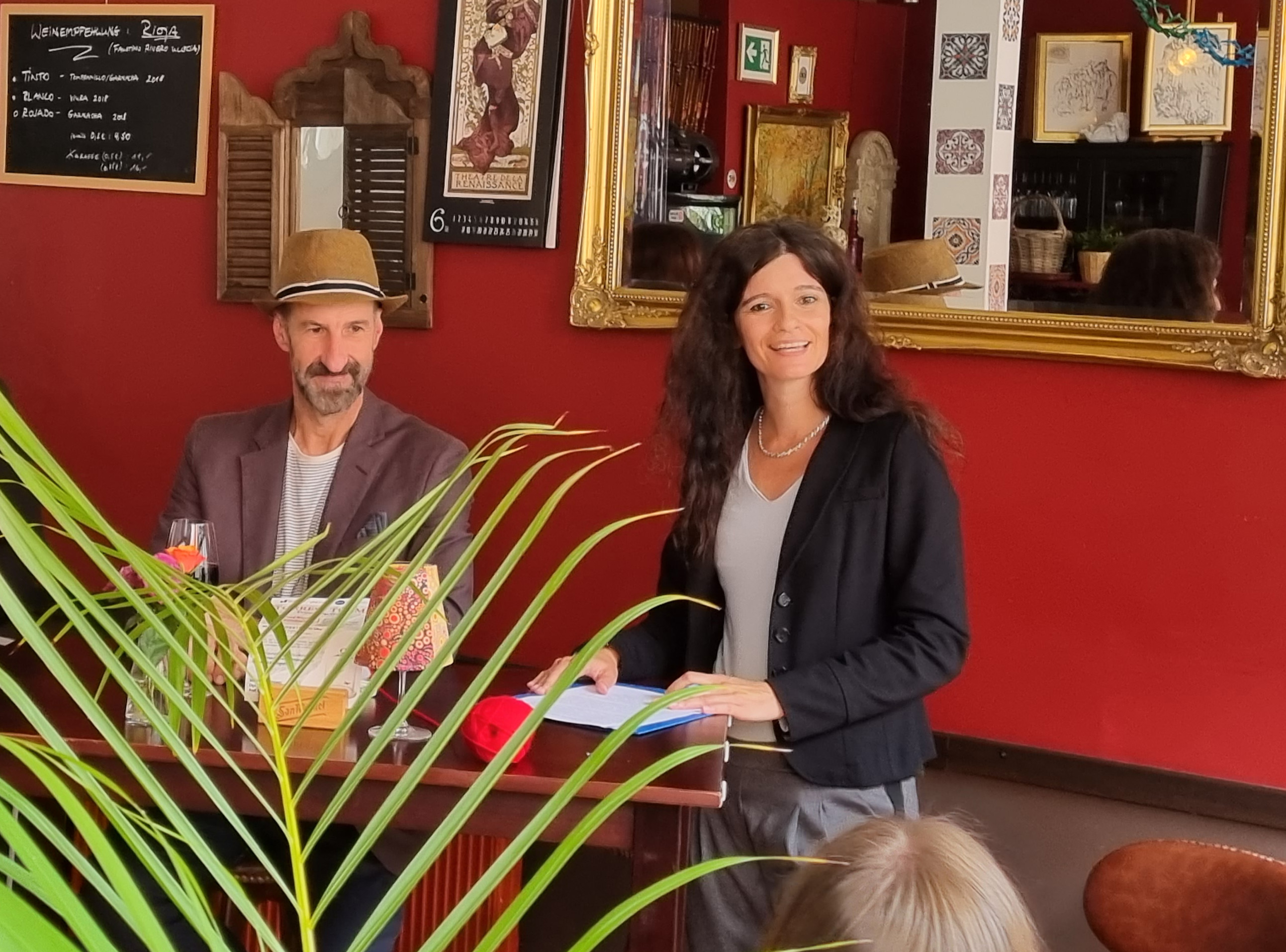 Literature, non-literature and everything in between

Prof Dr José Ramón Ruisánchez came to the University of Siegen through a DAAD ‘Visiting Professorship’ for the summer semester 2022. Originally from Mexico, he is usually based at the University of Houston in the United States of America at the Department of Hispanic Studies. During his time in Siegen, he taught three courses in total at the Romance Seminar, and visited many of the manifold events that the University of Siegen and the city offer. Prof Dr Yasmin Temelli holds the chair of Romance Literature and Cultural Studies with the languages Spanish and French and has been at the University of Siegen since March 2021. She is very enthusiastic about Latin American Studies, so when the opportunity presented itself to submit a proposal and invite Prof Ruisánchez to Siegen, she took it.

Prof Temelli has always been greatly interested in the languages Spanish, French and Italian, and has a great passion for romance literature. One of her main research interests lies in the field of Latin American Studies, with a particular focus on Mexico. This connection to Mexico brought the two researchers together. Prof Ruisánchez, who is originally from Mexico and has experience in teaching there, primarily focuses on Latin literature and culture of the 19th century in his research

The collaboration between the two researchers was of particular values as Prof Ruisánchez was given the opportunity to teach a class on his current research topics. Furthermore, he led a research colloquium on the topic of ‘non-literature’. Non-literature encompasses written materials that were not authored as literature initially. The best examples are advertisements, journals, or newspapers, in this case from the 19th century. Prof Ruisánchez explains that such pieces of non-literature are so well written that they, in fact, change literature without the intention to do so. Dictionaries, history books and letters are other examples. With no intention of having them published as literature—or, in fact, at all—there was no pressure to write, no censorship, and people could be brace. Non-literature, in short, comprises everything that only later in time becomes literature.

One of the research results from the collaboration between Prof Temelli and Prof Ruisánchez at the University of Siegen is the work journal “De Vista”, which Prof Ruisánchez wrote and edited during his time here. In addition, a blog called “Literary Encounters in Siegen” has been created. The first post to be published on there will be an interview with Prof Ruisanchez and a sample of his writings. The plan is to continue the blog in the future with other authors who visit the University of Siegen.

The research collaboration was also very valuable for the students. Having an actual Latin American researcher and writer teach and offer workshops motivated the students and allowed them to get very close to the subject and work at hand. For instance, a literature workshop – in collaboration with literary translator Bianca Morales García – was offered, where students had the opportunity to translate excerpts from “Torres”, which was written by Prof Ruisánchez himself. In addition, a public lecture was organised where students and Prof Ruisánchez read these excerpts out lout in turn. Such formats are great for awakening interest in Latin American studies amongst the students, surmises Prof Temelli.

A highlight during Prof Rusánchez’s stay in Siegen was the conference “Quo vadis? Perspectivas de los estudios lationamericanos”, which was hosted by Prof Temelli at the University of Siegen in July. There, different perspectives of Latin American Studies were discussed, and it was a wonderful opportunity to exchange ideas and to network, both in Germany and internationally.

The DAAD Visiting Professorship ended at the end of the summer semester 2022. However, this does not mean that the collaboration is at an end. Prof Ruisánchez will extend his stay in Germany to benefit from the resources and the valuable exchange with colleagues. Furthermore, there is the possibility that Prof Temelli will invite Prof Ruisánchez back to Siegen to teach a block seminar, or compact course, in the winter, to further consolidate the collaboration.